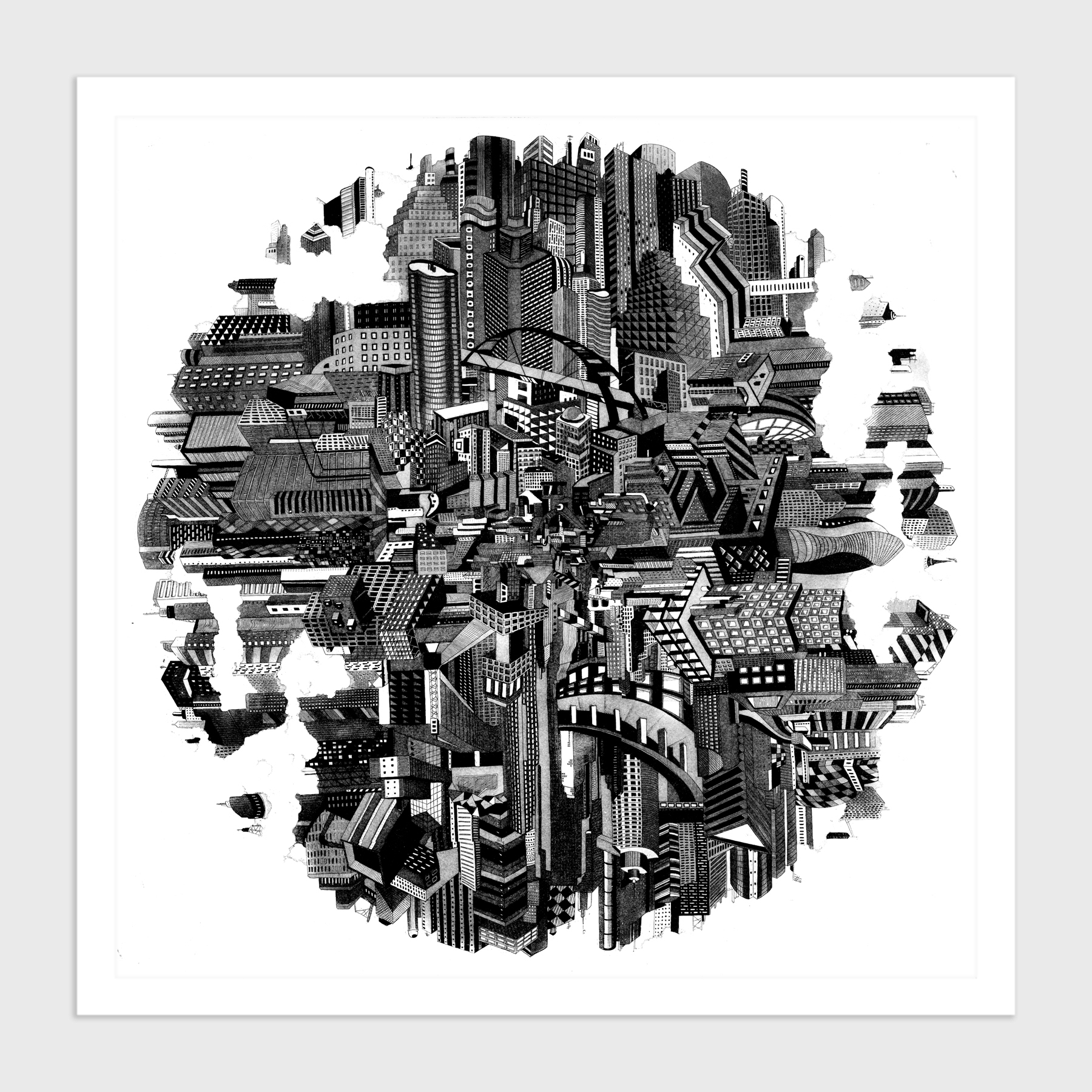 “The world’s largest cities today have an average population density of over 25,000 people per Km2, that’s two people for every square meter. Our ability to cater for this constant swell of rural-urban migration has now to reach its capacity, and human beings have built a maze around themselves that they can no longer escape. With trees forever making way for skyscrapers, the planet’s environmental degradation means that pollution levels have reached similarly dizzying heights to that of the towers we live in.”

Be the first to review “Capacity”